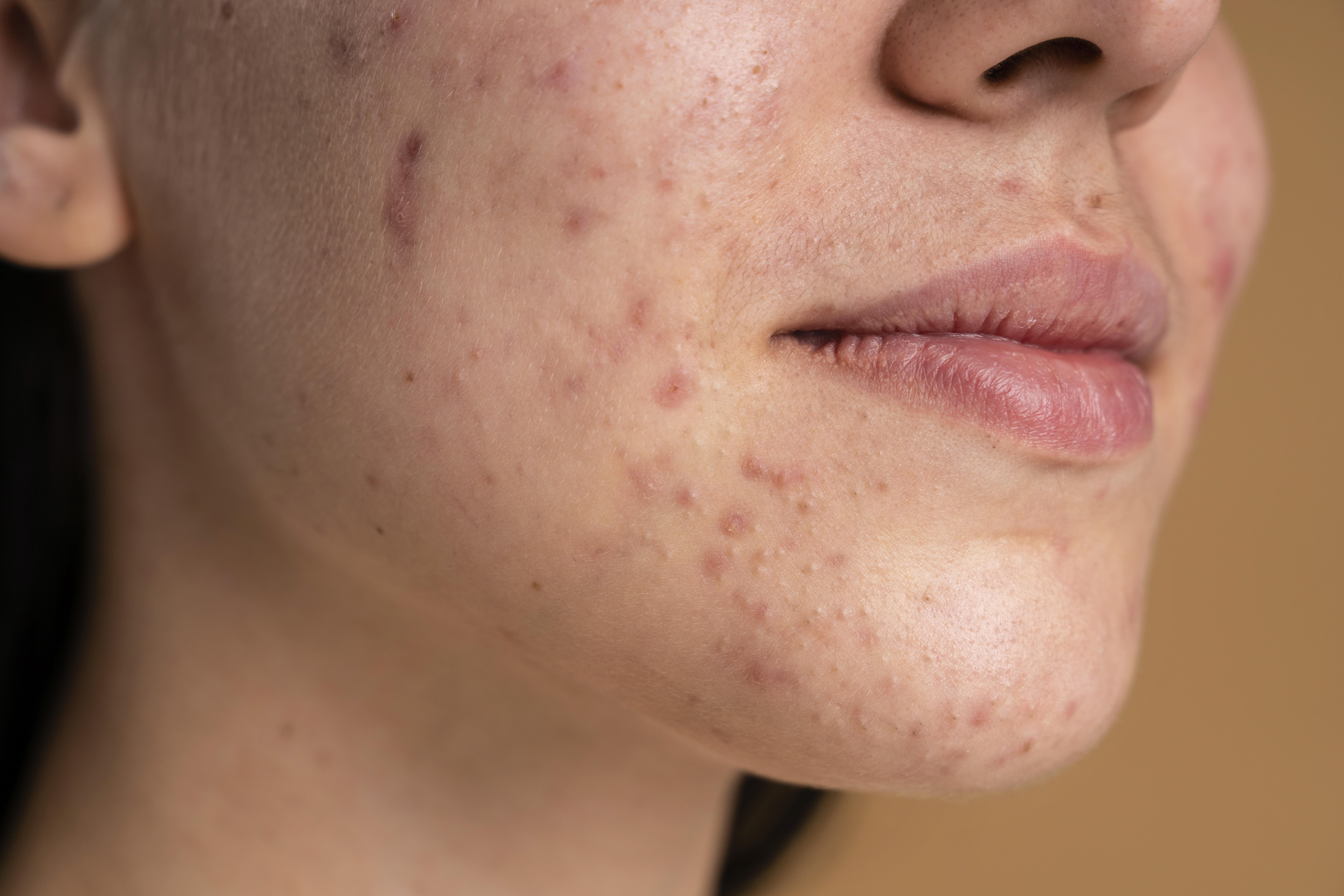 Psoriasis is an autoimmune disease that is characterized by red, itchy scaly patches. The plaques are thick, dry, and discoloured skin. These patches crack sometimes and bleed.

This disease occurs when the immune system attacks healthy cells in the body instead of other infectious germs.

The typical life cycle of a skin cell is one month but in psoriasis the cell production is rapid. Normally, the skin cells are developed deep in the skin and slowly appear on the surface. In psoriasis, the skin cells grow at a faster rate and do not fall off. The accumulation of skin cells leads to plaque formation.

It is commonly present on the scalp, face, elbow, knees, palm, and feet. However, it is not just confined to these areas and can affect any part of the body. Nails, mouth, and genital psoriasis it's less common.

Psoriasis symptoms: Different patients have different symptoms. Symptoms depend upon the type of psoriasis. Patches are either small, present on scale or elbow or extend over a large area of the body.

The course of psoriasis is a cyclic manner. The symptoms increase for a few days to weeks -then clear up and diminish over some time. It means the patient is in remission. After this again the triggers of the condition get severe and may go off completely.

A period of remission does not indicate that psoriasis is completely cured and will come back. It is just a period without symptoms. Psoriasis needs medical attention, consult the best dermatologist in Delhi.

Plaque psoriasis: It is the most common type of psoriasis and is present on the elbow, knees and scalp. It appears as red inflamed patches of skin on light skin. In dark skin, it appears as purple or greyish or darker brown patches.

Guttate psoriasis: It generally occurs during childhood. it presents as small pink or Violet dots on arms, legs, and torso. The spots are different and not thick or raised as in plaque psoriasis.

Inverse psoriasis: It presents as red inflamed shiny patches. It occurs on the breast, armpit, groin area, or skinfolds of genitals.

Pustular psoriasis: It occurs commonly in adults and appears as white, pus-filled blisters and broad areas of red or violet inflamed skin. It can either localise to smaller areas like hands or feet or can be widespread.

Erythrodermic psoriasis: It is a rare type of psoriasis and covers large sections of the body at a time. It appears like sunburned skin. Fever is another symptom of erythrodermic psoriasis. It is a life-threatening condition, and seeking medical attention is mandatory. Consult the best dermatologist in East Delhi.

Scalp psoriasis: It is characterised by raised, reddish, scaly patches or plaques on this scalp. It involves scale partially or completely and sometimes spread to the forehead, back of the neck, behind, and inside the ears.

This condition requires dermatological treatment to deal with itching, scaling, hair loss and bleeding from the scalp. After evaluating your condition, the skin doctor will make tailor-made plans. It includes steroid ointments, a medicated shampoo, scale softeners, Calcipotriene and Tazarotene formulations, etc.

If patients do not get relief a hair doctor may recommend a corticosteroid injection, laser, and light treatment.

Psoriasis treatment in the Yamuna Vihar:

Our expert dermatologist physically examines the skin condition of the patient, asks for detailed history, and makes a diagnosis after the biopsy report. There are various types of treatments for psoriasis.

Immunosuppressants, coal tar ointments, shampoo, and prescription retinoids are also effective against psoriasis. All the topical treatments should be used as directed by the dermatologist.

Phototherapy: Light therapy can decline the growth of skin cells. It is an in-office procedure done by dermatologists a few times a week. Nowadays at home kids are also available but can be used after a medical prescription.

Psoralen + UVA therapy: It is also known as PUVA. A drug Psoralen and ultraviolet A light in combination is used. The skin becomes more sensitive to light and boosts the amount of UVA light the skin can absorb.

In long-term use, phototherapy increases the risk of getting skin cancer.

Psoriasis does not completely cure, but with the assistance of a dermatologist, the patient can return back to normal life. Consult our expert today!